I moved away from Florida about a month ago to escape the heat, among other things, but I may as well have been there today: 93 degrees with a heat index between 102 and 107.  We intended to go to the Turk’s Head Music Festival today, but being as Jim and I have about as much ability to tolerate heat as an icicle, we cancelled our plans. Points to us, however, for not loafing on the couch all day in the air conditioner.  We both put in an hour at the gym this afternoon–a habit we’ve sadly neglected for way too long, but better to get back on the wagon than just looking at the number on the scale, giving up, and fully committing to being unhealthy.

I don’t know about the rest of you, but after I work out, I get ravenously hungry.  Jim does, too, only my ravenous is his, “I’m one moment from cannibalism”.  It’s almost like my body is trying to undo all the good it just did, and its nefarious voice comes to me like a song on the wind: “Sugarrrrr…we must have cookies…”

“Not today!” I say.  It was nearly dinnertime anyway, so I wasn’t about to settle for a Builder Bar, which, let’s face it, are good in a pinch, but probably not the bundle of nutritional goodness your body really deserves after you just pushed it past its usual limits.  We just made a trip to a local farm for produce, so I have a ton of gorgeous vegetables along with some leftover parts and pieces from the fish tacos we had last night.  On a whim, I whipped up this salad, and I hope you enjoy it as much as we did.

(serving size is about a 1 cup)

2 thoughts on “A Summer Salad” 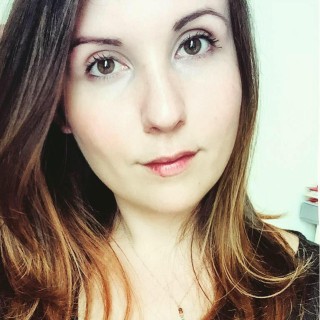